Time to get your game on! The Heritage Isles Social League starts April 7th (Friday nights) and runs through the beginning of October. This league is a two person scramble for nine holes. For just $13.50 per person, your team can partake in low-pressure approaches as gorgeous evenings unfold on the fairways. The entry fee gets you a cart and balls.

Open to scratch golfers and those with decent lies about being one, this league is a blast. Heritage is proud to host the Social League as an alternative to bustling Friday nights out on the town. A great way to wind down with some friendly competition, Social Leagues in years past have proved to be as relaxing as they are entertaining.

As Tampa Bay’s premier golf course, Heritage features tour level back tees as well as friendlier front tees. Regardless of your skill level, you’ll find an exceptionally maintained course enveloped in remarkable beauty https://youtu.be/BGnGfU4LjmY. For the Social League, tournament organizers select the nine holes and the rest is up to you and your best tee shots. Get in touch with our pro shop or any staff member to learn more about this summer’s social scramble. We’re looking forward to seeing you here.

The Tampa Bay Golf Today & Everyday League played its first rounds of the season a few weeks ago. Heritage Isles is always proud to host the league, renowned for upholding and promoting golf’s traditional values of fair, honest and competitive play, respect for others and respect for the game. With such a simple and purist vision driving the league, it’s easy for Heritage to get behind them and help create successful season launches like Monday’s.

Lots of Golf, But Someone’s Gotta Do It

Among the responsibilities of the TBGTE’s ten player board is vetting and selecting league courses each season, which means lots of rounds of golf for each board member. Last year, the League played five Tampa-Metro courses during spring and six courses during fall. As per usual, Heritage Isles offers great drink and food specials during its course rotation to make the evening rounds as enjoyable as possible.

The spring season comprises 18 weekly, 9-hole match play rounds between flighted 2 player teams. Session champions are declared at the end of three six-week round-robin segments. Up to half of the spring teams will qualify to compete in the playoffs that will ultimately determine the League Champions in July and August.

The fall season changes it up a bit with a two player, nine hole scramble for 10 – 12 weeks, depending on timing. The same courses hosting this spring’s matches will likewise host the fall games. Shotgun tee times start at 5:00 and move to 4:30 as the days grow shorter in October.

Handicaps, individual and team scoring, and overall tournament scoring are meticulously maintained by software from GolfSoftware.Com. Weekly pairings and results are tracked on TBGTE’s site for anyone to get up to date details on the competition. Players are encouraged to sign up as substitute players by specifying the course(s) and nights they are available each season. Subs are always needed, and nobody wants to miss a game because of a partner scheduling issues, so the list of fill-ins is always posted.

Proud to Be a Part

Anyone who’s enjoyed the captivating beauty of our course knows that Heritage Isles supports those who support the community and of course, the great game itself. TBGTE currently stages three tournaments each year, which, while lots of fun, also means lots of work. A portion of proceeds from each league tournament goes to a growing list of local and national charities. It’s great to know that through our support of Tampa Bay Golf Today & Everyday we’re helping people enjoy the greatest game around while creating positive impact with folks here in Tampa and around the country. 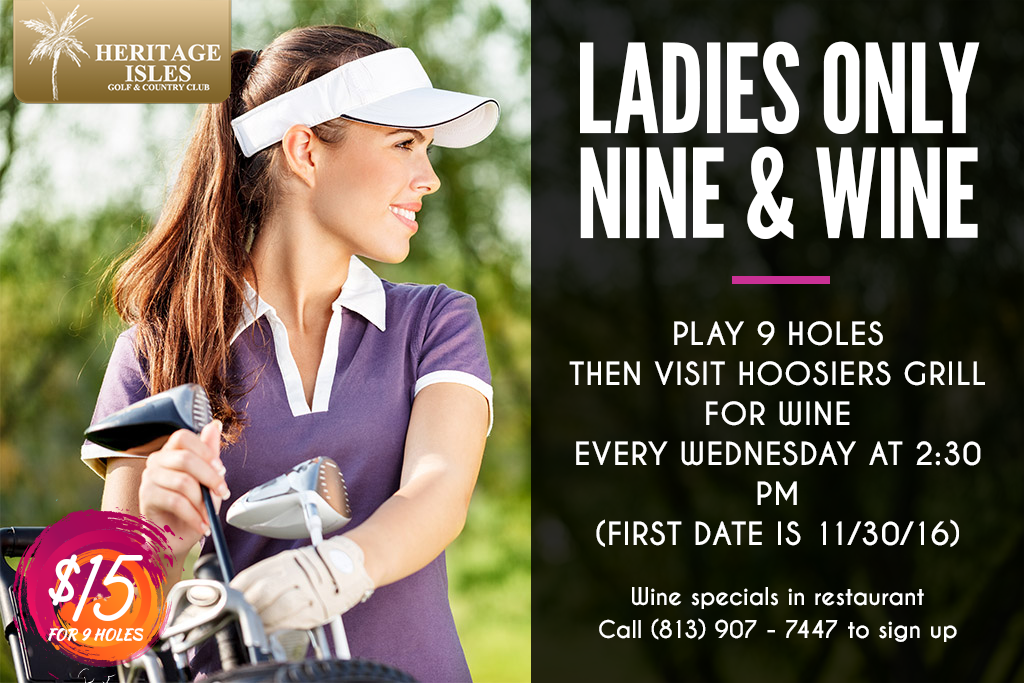