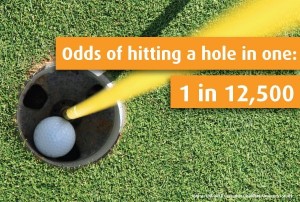 Golfers at Heritage Isles have been sinking holes-in-one, adding excitement to the course and showing that our golfers have the right combination of skill and luck.

Aces are exceptionally rare. How rare? Only once in every 3,500 rounds of golf!

Actuaries calculate the chance of an average golfer making a hole-in-one at approximately 12,500 to 1. The odds of a tour professional acing a hole are 2,500 to 1.

While pros naturally are the best, amateurs do get their share. The average handicap of a golfer who makes a hole-in-one is 14.

And it’s not just a guy thing. Women make 14 percent of all holes-in-one.

Who are the golfers who typically sink holes-in-one? He or she has an average of 24 years experience; 60 percent are 50 or older. And the average hole is 147 yards long.

So who are the golfers sinking holes-in-one recently at Heritage Isles and where are they scoring their aces?

Congratulations to these golfers for their great accomplishment! What memory-makers! 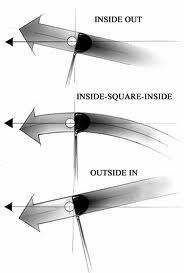 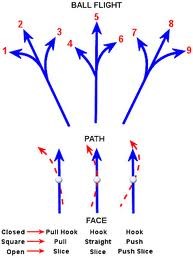 Golfers will get a chance to sample and buy the newest golf equipment from the top manufacturers.

And you can learn about all aspects of the game.

Top instructors from across the country will conduct interactive clinics and local PGA professionals will offer free putting and chipping clinics.

In addition, you can enjoy a “Celebrity Skills Challenge” to see how if some big names have big game.

Tickets cost $10. We have a limited number of tickets available at Heritage Isles, so stop by the course. Or get tickets at Tampa Bay Downs in advance or on the day of the show you want to attend.